Being Counted: Funding for Disability

“It’s a sad truth that in many developing countries people with disabilities simply don’t count. No data is collected on their disabilities nor their abilities, so it’s as if they just don’t exist.”
—Former UK parliamentary undersecretary for international development, Lynne Featherstone (quoted in the Guardian) 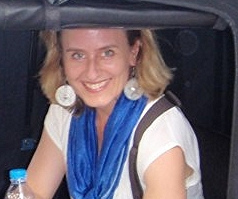 Recognizing that, to date, development goals have not been reached because people at the margins have not been included, the concept of “leave no one behind” has been a key part of the post-2015 development process. Among those left behind have been people with disabilities who, until the publication of the first World Bank/World Health Organization World Report on Disability in 2011, were not specifically enumerated among the world’s population.

Despite these dire statistics, most countries in the developing world either do not count their populations with disabilities or do not use standardized methods to do so, meaning that official data on persons with disabilities and the conditions they live in is poor or absent.

Until recently, this was also the case among human rights funders and human rights organizations. Disability — considered a charity or a medical issue — was not delineated as a human rights concern. Indeed, it was only in 2010, following the implementation in 2008 of the UN Convention on the Rights of Persons with Disabilities, that even as formidable an advocate as Human Rights Watch started systematically reporting on rights abuses against persons with disabilities.

Thus, when the International Human Rights Funders Group (IHRFG) and Foundation Center initiated a project in 2010 to map global human rights grantmaking, I was excited that the project would include people with disabilities among the recipient populations to be tracked. For the first time, people with disabilities would be listed as a population of concern for funders making human rights grants.

As my friend, the poet Anna Ross, elaborates in the first part of her poem “Three Self-Portraits,” being counted and being recognized are intricately connected. “…On the rug, the children rush to say / that she is 5 and so is he and she and she… / all except the boy who’s 6 / and wonders if he’s turned another animal.”

The simple — or not so simple — act of identifying people with disabilities as a recipient group of human rights grants has put this work on the map and bolstered the argument that disability is a rights issue.

At the Pacific Regional Conference on Disability in Fiji this past February, I used the (2011 version of the) data collected by IHRFG, Foundation Center, Ariadne, and INWF to celebrate “being counted” and to urge these organizations to continue to raise their voices with human rights funders. “I need your help,” I said, “to continue to change the predominant mindset — among donors (as well as in society in general) — that persons with disabilities are end objects for charity or medical intervention, passive recipients, and not active participants in their own lives. I cannot tell you the number of times I have had other donors say to me, ‘but I don’t receive any proposals from people with disabilities,’ or, ‘our staff has not heard from our community that disability is an important issue,’.… This has to change.”

Part of the problem is that donors tend to work in silos: Funders for women. Funders for children. Funders for indigenous peoples. Funders for climate change. Funders for education. The data in Advancing Human Rights underscores this: “most human rights-related grantmaking includes an explicit focus on specific population groups.” But people do not live in silos. In Fiji, I asked our grantees, “How many of you identify only as a person with disability? Are you not also women? Youth? Indigenous people? People facing climate change? People interested in increasing access to education?” Yes, was the response of everyone there.

If the concept of participation, a focus on marginalized and excluded groups, and the indivisibility of rights are key to a human rights-based approach, then the data aggregated in Advancing Human Rights raises important questions : 1) Why is more than one-third of current global human rights funding going to U.S.-located work and more than 50 percent going to U.S.-based organizations? 2) Why are very marginalized groups, such as persons with disabilities and indigenous peoples, receiving so little funding? And, 3) Why is there not more cross-movement work (work that addresses rights gaps from the perspective of multiple identities and causes)?

Advancing Human Rights and the data it has collected from 774 foundations in 44 countries and nearly 19,000 grants enable us to locate ourselves on the human rights map, see gaps, and start conversations within the philanthropic sector — conversations that can advance the human rights grantmaking field to find the people who are not counted, the voices that are not heard, and the stories between the lines.